In appreciation for his longstanding relationship with the Castellani Art Museum of Niagara University, and the inspiration provided by its founders, Armand and Eleanor Castellani, curator, educator, artist, and collector Gerald C. Mead Jr. has donated 58 artworks to the CAM. The works were selected from his collection of over 1,400 paintings, prints, drawings, sculptures, photographs, crafts, and videos by more than 1,000 artists, many who are connected with Western New York by either birth or residency.

The works, by 46 nationally and internationally acclaimed artists, will expand the CAM’s collection in two significant ways: adding works by artists who are not currently represented by the museum, such as Laylah Ali, Cory Arcangel, Philip Burke, Wendell Castle, and Jenny Holzer; as well as works by artists in the CAM’s collection, such as Charles Burchfield, Allan D’Arcangelo, Nancy Dwyer, Les Krims, Robert Longo, and Cindy Sherman, that broaden the range and depth of their careers through earlier or later works or work in a different media.

“My art collecting over the years has been rooted in research and scholarship,” Mead said, “so, accordingly, the works that I am donating to the Castellani Art Museum represent iconic, emblematic, and frequently seminal works by the artists that are echoed by related works in regional, national, and international museum collections.” 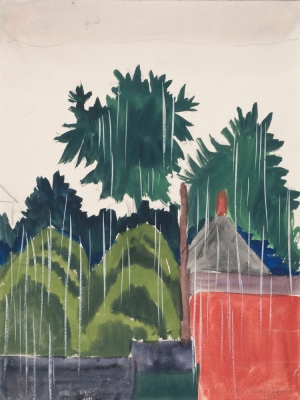 “We are grateful to Gerald Mead for this generous gift of artwork, which exemplifies his longstanding support of the Castellani Art Museum and his commitment as a lifelong art educator,” said the Rev. James J. Maher, C.M., Niagara University president. “As well, the scholarship he has established, the Gerald C. Mead Jr. Endowed Scholarship in Art History with Museum Studies, and his advocacy for the creation of a planned giving society for the museum, will help us to continue to offer our students, and the Western New York community, engaging educational and cultural experiences to inspire creativity and learning within the campus community and beyond.”

In addition to his donation of art, Mead also has established the Gerald C. Mead Jr. Endowed Scholarship in Art History with Museum Studies, the first for that degree program, and will be an inaugural member of the newly launched Castellani Art Museum Legacy Society, a planned giving society for the museum. In recognition of his support of the CAM and of Niagara University, Mead will receive an honorary Doctor of Fine Arts degree at Niagara University’s commencement ceremonies. 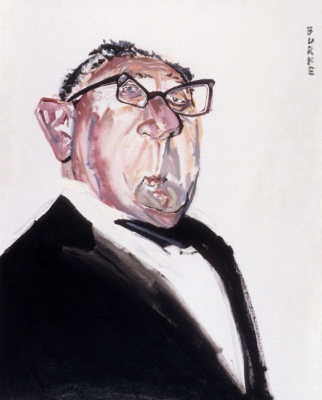 “Mead’s enduring passion for the arts and his continued patronage of the Castellani Art Museum and Niagara University are most greatly appreciated,” said Michael J. Beam, interim director/curator of exhibitions and special projects at the CAM. “The role of private collectors, exemplified by Mead, in supporting the arts is paramount to the strength and integrity of our artistic heritage and integrity of the creative process. This exhibition emphasizes, in a very tangible manner, the process by which ‘private’ artworks eventually become ‘public,’ a vital component in the building of museum collections.”

Over the years, Mead has donated artwork from his collection for display at the CAM and for auction at its annual galas, and lent numerous works to the CAM for a variety of exhibitions, including one in 2011 titled “Public/Private: Pairings with Works from the Gerald Mead Collection,” which matched works by 40 artists in his collection with works by the same artists in the CAM’s collection and included educational, celebratory, and fundraising events. His own work has been in the museum’s collection since 2002, and a 15-year retrospective of his work was featured in 2004 as part of the museum’s “TopSpin” series highlighting local artists.

Mead has also lectured at numerous “Meet Me at the CAM” events, moderated a panel discussion on collecting art, and led collage workshops for the museum’s summer camp program. In 2013, he began to serve as a co-curator for the museum’s “Western New York Collects” series of exhibitions, which bring together works in public and private collections. He has also made the CAM’s collection available as a guest curator for the Kenan Center in Lockport and the University at Buffalo Anderson Gallery, and has written about CAM exhibitions for local publications such as Buffalo Spree and Artvoice.