Ruby Bridges, the civil rights icon who in 1960 broke racial barriers in education when she became the first African-American to attend an all-white elementary school, shared her experiences Jan. 31 as part of Niagara University’s annual celebration of Dr. Martin Luther King Jr.’s legacy.

Bridges was 6 years old when she became the first African-American child to integrate a white Southern elementary school on Nov. 14, 1960. After being escorted to school by her mother and four federal marshals, Bridges spent the entire day in the principal’s office of William Frantz Elementary as irate parents marched into the school to remove their children.

“There were so many people on the street outside on my first day of school that I thought we got stuck in a Mardi Gras party,” Bridges told the assemblage inside the Russell J. Salvatore Dining Commons at NU. “Over 500 kids walked out of school that day – and that was because I was there.”

On Bridges’ second day, Barbara Henry, a young teacher from Boston, began to teach her. The two worked together in an otherwise vacant classroom for an entire year. Every day as the marshals escorted Bridges to school, they urged her to keep her eyes forward so that – though she could hear the insults and threats of the angry crowd – she would not have to see the racist remarks scrawled across signs or the livid faces of the protesters.

Toward the end of the year, the crowds began to thin and, by the following year, the school had enrolled several more black students.

Bridges’ bravery inspired the Norman Rockwell painting The Problem We All Live With, as well as several books and movies. Her memoir, Through My Eyes, was released in 1999, the same year that she established the Ruby Bridges Foundation, which uses educational initiatives to promote tolerance and unity among schoolchildren.

Bridges, now Ruby Bridges Hall, still lives in New Orleans with her husband, Malcolm Hall, and their four sons. On Jan. 8, 2001, Bridges was awarded the Presidential Citizens Medal by President Bill Clinton. In 2011, Bridges met with President Barack Obama who told her, “I think it’s fair to say that if it hadn’t been for you guys, I might not be here.”

Three years later, a statue of Bridges was unveiled in the courtyard of William Frantz Elementary School.

“To me, today is a darker place now than it was in 1960,” Bridges said in describing racial tensions. “If we are going to get past our racial differences, it is going to have to be from our children.” 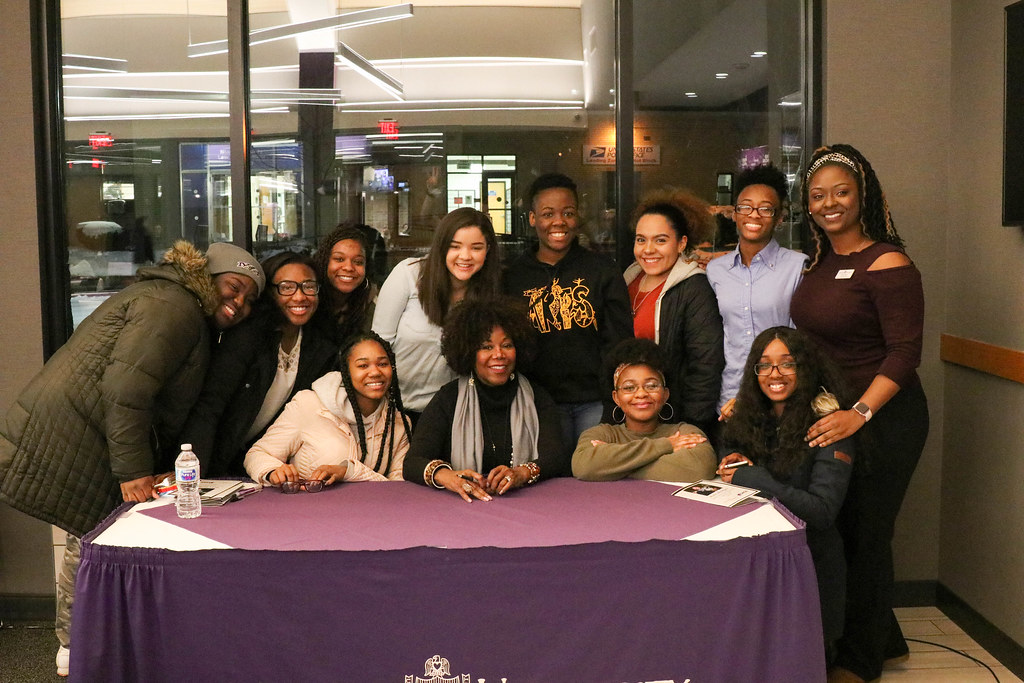 Bridges, speaking in front of a room comprised predominantly of college students, noted that young people seem to be understand “such amazing things that we (adults) cannot understand.”

“I see hope that most people don’t, because I get the opportunity to work with kids,” she said. “It doesn’t matter (to me) what they look like. They are all my babies, and I will continue to share my message until I shut my eyes.”

The event was sponsored by NU’s Office of Multicultural Affairs.

“It was a privilege for us to be able to offer our students the opportunity to interact with trailblazing African-American activists like Ruby Bridges and Dr. Bernice King, who spoke at Niagara last year,” said Averl Harbin, NU’s director of multicultural affairs. “In accordance with the university’s Catholic and Vincentian mission, it is our responsibility to establish an environment where people can have constructive dialogue around diversity and social justice.”

Andrew Emmons, a Niagara University senior studying communications and criminology and criminal justice, contributed to this story and contributed photos.