At first glance, one walnut looks pretty much the same as any other. But if you take the time to really look at each one, you begin to notice the subtle difference among them. This assignment, taken on by the 25 students in professor Mitchell Alegre’s Diverse Leadership course, was an eye-opening lesson in the ways we stereotype others.

“With stereotyping, we’ll often see someone not as an individual person, but as a representative of a group,” Alegre said, explaining that he asked his students to select a walnut and, over the course of the week, take a close look at its shell so that they could identify their walnut from among all the others. “When you really get to know someone deeply, you begin to see the differences in people, and you also begin to appreciate those differences.” 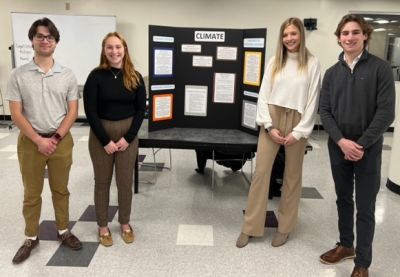 Alegre developed the course, which was launched this fall, to align with Niagara University’s Inclusive Excellence initiative and create additional course offerings in the university’s Africana/Black Studies minor. He intended it to be an exploration of diversity and leadership, so he and his students, together, could discover what that means for them, the campus, and the broader community.

“If we look at diversity from a campus perspective, it means expanding the opportunity for relationships with diverse peoples,” Alegre said. “So we don’t have that opportunity if we don’t have diverse membership within our community.

“Inclusion, then, is the opportunity to deepen those relationships, and equity is the outcome of those deepened relationships,” he continued. 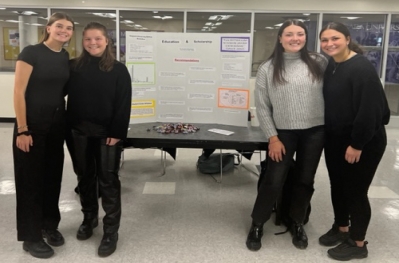 “When you can help people begin to see and feel and think about diversity, equity, and inclusion, it goes from being an abstract concept to something that is understood, reasonable, and valuable,” Minor said. “This makes it all real. This class and lessons, like many others on this campus, are invaluable to helping institutionalize inclusive excellence.” 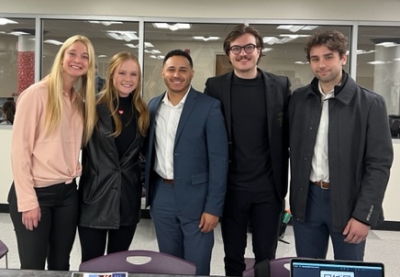 During the course, the students considered the different levels of caring, from egocentric to cosmic-centric, and what was involved in moving from one level to the next, ultimately arriving at a place which prioritized the welfare of the planet and all living things on it. In terms of the university’s Inclusive Excellence initiative, that means creating a compassionate campus, Alegre said.

Part of the learning came from the diversity of the class, itself, said Julia Johnston, a senior human resource management major from Wilson, N.Y.

“In this course, we got to know each other particularly well," she said. “We learned more than just each other’s names and where they’re from, but also what they’ve overcome to be here. I was able to learn about my classmate’s obstacles in life, whether that was having a disability, being from a different country, or being of a marginalized ethnicity or race. Hearing from your classmates about any of these topics that they have experienced first-hand puts it into a different perspective.”

The students put what they were learning into practice, as well. Working with the five subcommittees of the Inclusive Excellence Coordinating Council—access and success, climate and intergroup relations, education and scholarship, infrastructure and investments, and community and partnerships—the students conducted surveys, researched what was being done at other colleges and universities, and analyzed accessibility on NU’s campus. They shared the results of their work during a poster presentation in early December.

The students also participated in the 14-Week Equity Challenge developed by Dr. David Taylor, NU associate professor of criminology and criminal justice, in partnership with the United Way of Greater Niagara.

As they learned more about diversity, the students discussed how it related to leadership. They also began to understand that, as leaders, they needed to move beyond thinking that there was only one correct answer, or one way of doing things, and to understand that “we all have a piece of the truth,” Alegre said.

“When we recognize that, when we get into ‘both/and’ thinking rather than ‘either/or’ thinking, then diversity isn’t a threat, it’s a critical aspect of discovering more of the truth,” he said.

To capture the lessons he learned during the semester, senior Eric Britton, a business management major from Wilson, N.Y., wrote a song called “Can We Learn.” In it, he noted that inclusivity was “the difference between being invited and being asked to dance” and that celebrating differences was key to survival.

Morgan Porach, a senior management major from Rochester, N.Y., realized that her individual characteristics were valuable in creating a diverse team. “Before this class, I've never looked at what makes me who I am—age, race, gender, sexual orientation, education level, etc.,” she said. “I didn't realize that my differences from others is what can make a team or project better, compared to if everyone had the same backgrounds. Finding differences between myself and others is what creates a better community to live in. Differences have to be accepted and encouraged in order for there to be growth.”