Niagara University recognized the accomplishments of five extraordinary individuals – while raising critical funds for student scholarships – during its 2017 President’s Dinner, which was held Nov. 17 at the Conference and Event Center Niagara Falls in Niagara Falls, N.Y.

Nearly 530 Niagara University alumni, students and friends attended the event, the proceeds of which directly benefit Niagara University’s scholarship programs. A net total of more than $220,000 was raised this year (to date) toward student scholarship assistance, making it three years in a row that the $200,000 fundraising mark was surpassed.

The Rev. James J. Maher, C.M., who has made affordability and access to excellent independent education hallmarks of his Niagara presidency, pointed to several critical reasons for the university’s ascent to become the region’s largest independent Catholic institution. Among them are the high degree of engagement students have with excellent faculty, a 97 percent job and graduate school placement rate within one year of graduation and one of Buffalo-Niagara’s highest four-year graduation rates.

“We are extraordinarily grateful to the so many individuals and corporations whose support helps us to continue to make significant investments in our strategic priorities,” said Father Maher. “As a Catholic and Vincentian institution, the foundation of these priorities is constructed on the ability to provide access to an affordable education that equips young people with the tools to create change in our global society.”

Also celebrated during the event was the 400th anniversary of St. Vincent de Paul’s mission of service to those most in need. In 1856, Niagara became the first Vincentian university established in the United States, and was later joined by St. John’s University (1870) and DePaul University (1898).

The Congregation of the Mission is a community of Roman Catholic priests and brothers (Vincentians) that fulfills its call to alleviate poverty through ministries like education, social services, healthcare, missions and spiritual formation. The year 1617 is widely considered the year of the community’s origin, based on events that occurred in the life of St. Vincent de Paul in Folleville and Châtillon, France. 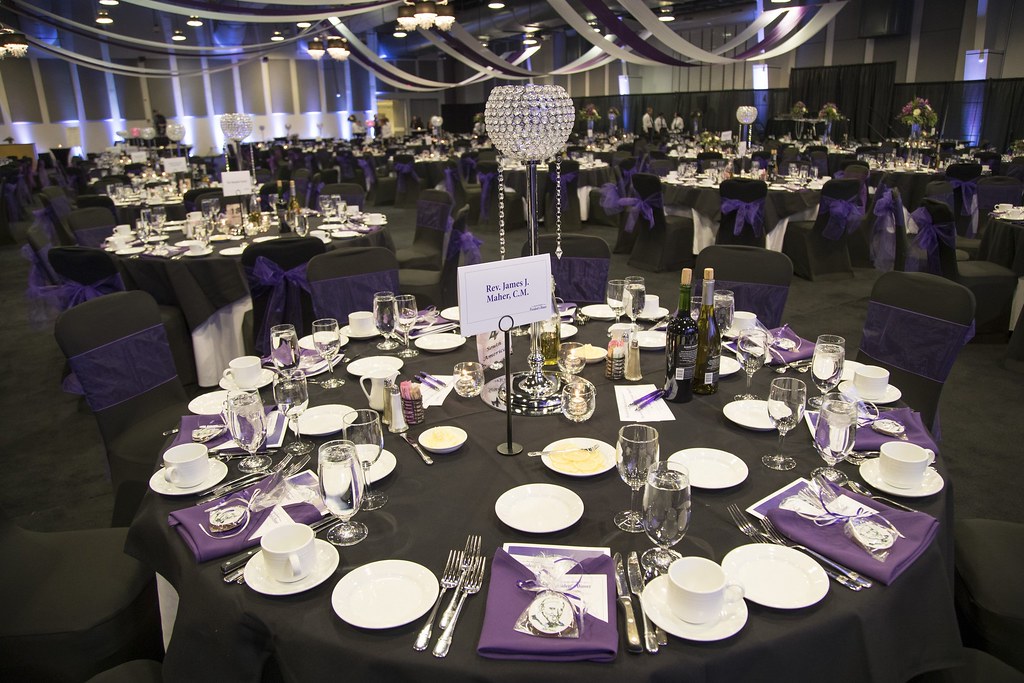 Niagara University also presented awards during the President’s Dinner to five individuals in recognition of their remarkable professional success and service to the community.

Jeffrey R. Holzschuh, ’82 (Medal of Honor) is a managing director and chairman of Morgan Stanley’s Institutional Securities Group, as well as a member of the firm’s management committee. He is also chairman of Morgan Stanley’s global power and utility group. During his 34-year career at Morgan Stanley, Holzschuh has been actively involved in many of the industry’s largest mergers and acquisitions. He was appointed to the United States Electricity Advisory Board by the Secretary of Energy in 1994, and is a founding member of the U.S. Partnership for Renewable Energy Finance. In addition to chairing Niagara University’s Board of Trustees since 2010, Holzschuh has served in leadership capacities for numerous charitable organizations, including Youth INC and the Metropolitan Golf Association Foundation.

Mary Helen Holzschuh, ’82 (Medal of Honor) earned a B.S. in nursing from Niagara before working as a pediatric nurse at Strong Memorial Hospital in Rochester, N.Y., and then in pediatric oncology at Memorial Sloan Kettering Cancer Center in New York City. She would later serve as an operating room nurse in Los Angeles. After starting a family, Holzschuh devoted a great deal of her time to volunteering on school boards and with the religious education program at her parish. She became involved with the Junior League of Greenwich, an organization of women committed to promoting voluntarism, and took on volunteer leadership positions with the Breast Cancer Alliance and Vermont Academy. Holzschuh recently opened a floral design business.

William G. Gisel Jr. (Caritas Medal) is president and CEO of Rich Products Corporation, a role that makes him responsible for guiding a multinational company that operates businesses on six continents, manages a global workforce of more than 12,000 associates, and generates nearly $4 billion in annual revenues. Since joining Rich Products in 1982, Gisel has been instrumental in extending the company’s business into foreign markets, while also shepherding the Rich family’s initial involvement with the Buffalo Bisons minor league baseball franchise. Among the many organizations that benefit from Gisel’s community advocacy are Roswell Park Cancer Institute, the Women’s Foodservice Forum and the John R. Oishei Foundation.

Bishop Jesse J. Scott Sr. (St. Vincent de Paul Award) is the co-founder and senior pastor of Word of Life Ministries in Niagara Falls, N.Y. A Vietnam War veteran, he was ordained a minister in 1983, and then consecrated a bishop in 2014. Bishop Scott offers spiritual guidance at food pantries and jails, and teaches classes at Horizon Village, a residential treatment facility.  Bishop Scott helped establish Niagara Charter School in 2006, serving on its board and as its community liaison. He also recently served as president of the Niagara Falls Rotary Club.

Larry A. Montani, a member of Niagara University’s Board of Trustees, and his wife, Mary, served as the dinner’s chair couple.

Maryalice Demler, an alumna of Niagara University’s Class of 1986 and anchor at WGRZ-TV Channel 2, served as emcee.

Additional information on Niagara University’s financial aid and scholarship programs can be found online at www.niagara.edu/scholarships-financialaid or by calling 716.286.8700.

For information on establishing or contributing to a scholarship fund, please contact NU’s Office of Institutional Advancement at 716.286.8787, or go to www.niagara.edu/make-a-gift.