Approximately 85 child care and Head Start directors, school administrators, and prekindergarten and kindergarten teachers from local public, private, and parochial schools learned about the value of play in education during the third annual Kindergarten Transition Summit on Oct. 15, 2019, in the Russell J. Salvatore Dining Commons on the Niagara University campus.

The summit was organized by the Niagara County Early Child Care Quality Improvement Project, an initiative launched by Niagara University in 2010 to enhance early childhood development. Since its inception, QIP has elevated the quality of care and early education in 30 childcare centers for 715 preschool children and 814 infants and toddlers across the county. In addition, more than 790 early childhood personnel have successfully completed a 45-hour early childhood professional development certificate program, course work with college-bearing credit, or a short-course series of early childhood topics that were made available to them through the Niagara QIP.

Now at the beginning of its ninth year, Niagara QIP is in its third phase, building upon the key components of previous phases that focused on school readiness and social-emotional development to strengthen academic and social-emotional transitions for children entering kindergarten. To date, 1,130 children ages 3-5 years old have benefited from Niagara QIP in phase III.

Dr. Lynn M. Lubecki, early care and education strategies director of the Children’s Institute at the University of Rochester, and recipient of the 2018 National Pyramid Model Champion Award, was the featured speaker during this year’s Kindergarten Transition Summit. Following her presentation, “Play and Exploration—Developing a Love of Learning with Naturally Curious Minds,” activities and roundtable discussions allowed attendees to learn more about using play in the kindergarten classroom and how they can best prepare young children for school. 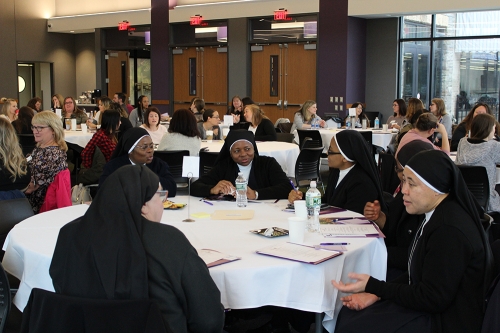