Nicholas Atallah plans to debate the chronology of the Cold War through information gathered in part from a summer trip to the National Archives in Washington, D.C. Sophia Smith will compare baby boomers to millennials on both sides of the Canadian-American border. Jacobe Wendell recently returned from a conference in Boston that will contribute to his analysis of the creation and implementation of artificial intelligence.

The Niagara University students are this year’s recipients of the Peggy & John Day Honors Thesis Travel Grant, which offers select undergraduates travel funding to enhance their Honors theses. Such research may consist of exploring historic locations or archives, attending applicable academic conferences and collecting data during the summer.

This is the second year that the grant has been available at Niagara University. It is part of a larger, generous gift to the university made by the Day family, the purpose of which is expanding Honors-level education.

“Due to the generosity of Peggy and John Day, the NU Honors program is able to extend its mission of providing a unique opportunity for students to conduct cutting-edge research during their undergraduate years,” said Dr. Michael Barnwell, professor of philosophy and director of the Honors program.

History education major Atallah, a Kenmore, N.Y., resident, hypothesizes that the Cold War began in the 1920s, nearly 20 years earlier than the common historiographical position. His summer travels will take him to the National Archives in Washington, D.C., to support his argument that the tensions that occurred prior to World War II – and the way those tensions affected domestic and international policy – should be considered a part of the Cold War. Atallah will examine historical records of communism within the African-American community, with attempts to link the communist party to marginalized groups in the 1920s. 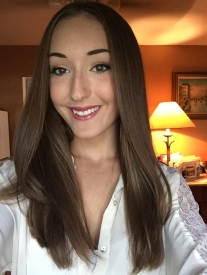 Smith, an Albany native studying gerontology, will critique popular stereotypes associated with baby boomers and millennials in the U.S. and Canada. She argues that the two generations may not be as different as the media tends to portray them and will compare the common beliefs of baby boomers and millennials, such as work motivation, work ethic, intent on improving the world, priorities, and political interests. Smith will attend the International Federation on Aging Conference in Toronto (Aug. 8-10) and the Summer Institute on Aging at West Virginia University (June 12-14).

Wendell, of Fort Edward, N.Y., will investigate several AI-related topics, including generalized intelligence, engineering demands of development, recent advances in the field, geopolitics and more. The computer information science and philosophy double major spent May 24-25 in Boston participating in the RE•WORK Deep Learning Summit, where more than 40 speakers presented on emerging technology and science.

“The time that I spent at the summit and the seven-plus hours of opportunity to network outside of the summit will not only enrich my thesis, but radically change it for the better,” Wendell said. “With the number of potential domains there is to address in my thesis, it seemed fitting to seek out a resource which not only meets those demands, but also prepared me for graduate-level research and vocations.”

Additional information on Niagara University’s Honors program can be found at www.niagara.edu/honors.