Niagara University welcomed a group of international students who are currently attending local high schools to campus April 6 as part of a new event called International Student Academic Day. The students are natives of China, Vietnam, South Korea and Turkey.

Co-hosted by the Office of International Relations and the College of Education, the event introduced students to Niagara’s programs and campus life, and offered them insight on preparing for college and postsecondary education.

Some of the students are visiting nearby Lewiston-Porter High School through a two-week exchange program with one of NU’s partner schools, St. Benoit High School, a private institution in Turkey that was originally established by the Vincentians. 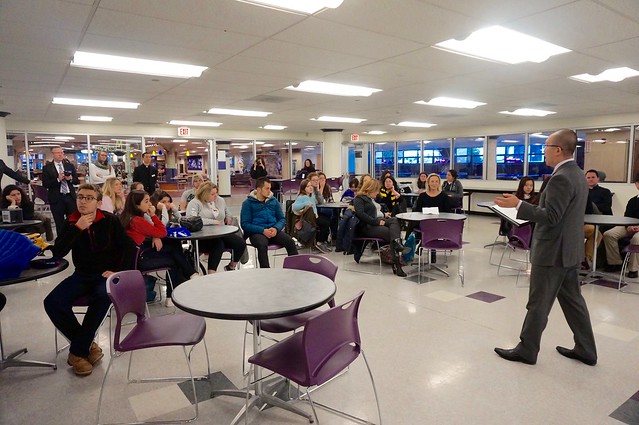 A recent report released by Business First indicated that Niagara University ranked second among all colleges and universities in Western New York in terms of enrolled international students.

The recruitment of international students and faculty has been a priority for Father Maher since he became Niagara’s president in March 2013. At his urging, the Board of Trustees approved the creation of an Office of International Relations in July of that year.