Toward the beginning of Niagara University’s 2017 New Student Convocation, Dr. Tim Ireland, provost, noted that the word “convocation” stems from the Latin word “convocare,” meaning “to call together.” Thus, Friday’s event represented the first time that the freshmen and transfer students in the audience had been called together as NU’s Class of 2021.

The New Student Convocation, a Niagara tradition now in its 15th year, is considered a bookend to commencement, and an opportunity for new students to develop a true connection to the university. It also provides a chance for parents to share in an important transition in the lives of their sons or daughters.

As the recipient of the NU’s 2016 Excellence in Teaching Award, Dr. Robyn Goacher, associate professor of chemistry, had the honor of addressing the assemblage on a beautiful August day. In what she described as “your first lecture as a college student,” Dr. Goacher offered the new students 10 pieces of advice:

Dr. Goacher then jokingly added, “There will be a test afterward – and the test is called your life.” 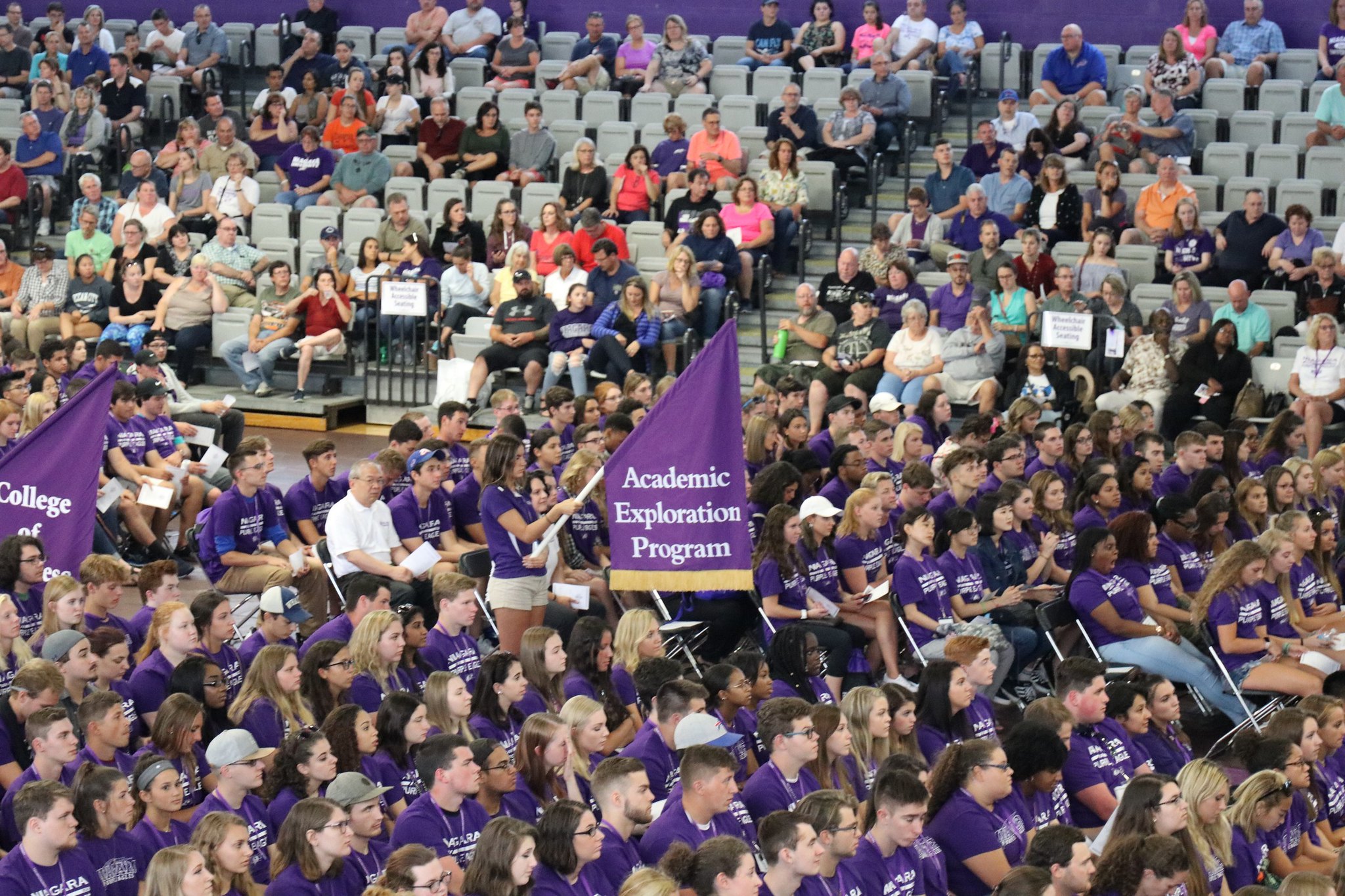 Prior to reciting the Student Creed, another university rite of passage, Niagara University Student Government Association president Andrew Hayes dared the new students to be different, to “take the world by storm, starting right here on Monteagle Ridge.”

Additional remarks were made by Sofia Castro, a senior international management major, and Carlos Siragusa, a junior studying computer and information sciences. Siragusa explained that he originally came to Niagara in 2013 but, after his father’s passing a year later, took some time away from school. He said knowing that his dad would’ve wanted him to complete his studies, coupled with the urging and support of his NU professors, has him “flourishing once again at Niagara and helping other students through the NUOP program.”

“Success leaves clues if we’re willing to look for them,” he said. “The students who have spoken today are successful. They have found their passion. They know why they are here, and they have linked their passion to their academic study, to their activities in and outside of the classroom, and to their service to others – and they surround themselves with people who do the same.”

Father Maher added, “Your parents, those who care most about you in life, have set before you a bounty of opportunity. Go get it. If you want to know what Niagara will do for you, you must first know what you are willing to do for yourself and others.”