“By no means is this the end. It’s the beginning of a long journey, and a calling that you’ve been chosen to do,” Sen. Ortt told the graduates. “As someone who has worn a uniform before, albeit a different one, I want to say thank you for being willing to serve, for being willing to raise your hand and say, ‘Send me, I will go.’” 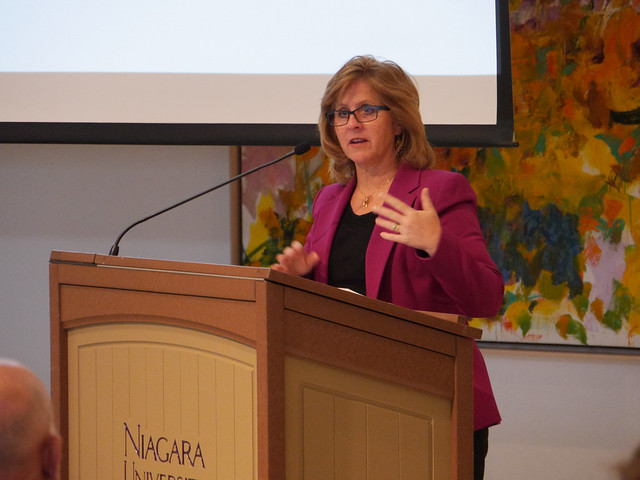 “The academy truly adds a wonderful dynamic to our educational environment,” said Dr. Debra Colley, NU’s executive vice president, during her closing remarks. “In many ways, the work that is represented by this academy is an extension of our Vincentian mission, and we are forever grateful to carry out this work with all of you.”

An information session for anyone interested in joining the academy will be held July 7 at 5:30 p.m. at Niagara University.