Today, the police academy graduated its 67th class – its 16th at NU – during a ceremony held in the Castellani Art Museum.

Niagara County District Attorney Caroline A. Wojtaszek was the ceremony’s keynote speaker. A graduate of SUNY Brockport and the University at Buffalo School of Law, Wojtaszek was elected as Niagara County’s district attorney in November 2016, making her the first woman elected to the position.

During her 20-minute speech Wednesday, Wojtaszek spoke about the importance of teamwork, integrity and reputation management.

“You will spend a career earning your reputation as honest and trustworthy,” she said. “No case is worth your integrity. Be nice to everyone. A badge is not a license to mistreat people. Treat people the right way on the way up because you’ll see them again on your way down – and they will help you get back up again.” 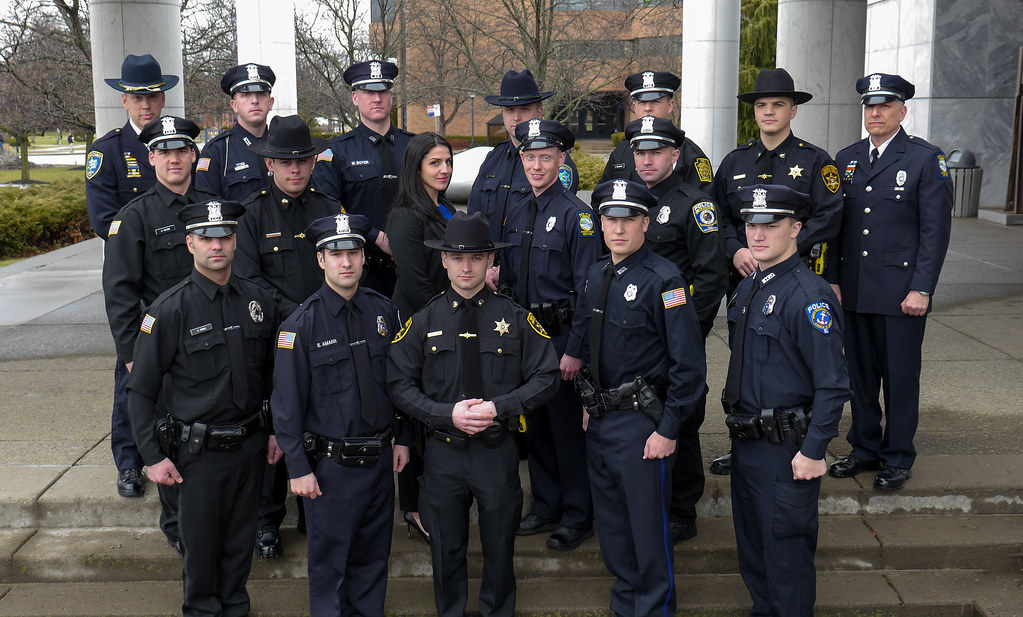