On April 4, Niagara University hosted “Take Back the Night,” an annual event that aims to end sexual and relationship violence in all forms. The university asked all students, faculty, staff and community members to participate in this event to support those struggling from abuse.

More than 400 people attended this year’s edition of “Take Back the Night” to create posters, listen to speakers and engage with representatives from several local organizations who manned resource tables in the Gallagher Center gymnasium.

Neville has appeared as an expert on numerous TV and radio programs, including Good Morning America, The Today Show, CBS This Morning, NPR, and Oprah. For the past eight years, she has served as a senior advisor to the National Football League’s executive vice president of football operations on major social issues, including sexual assault, sexual harassment, domestic violence and gender equality.

At Niagara, Neville shared her courageous story and discussed the importance of speaking up in uncomfortable situations. She also shared that it’s empowering to see the attention given to resources and services on reporting and getting help, which she noted was not the case during the 1980s.

“I’m extremely optimistic because all of you are here tonight showing you care,” said Neville, who has written books, published articles, and founded transformational learning models on sexual harassment and discrimination. “By being here, you are telling me that I have every reason to be hopeful, so thank you very much for your support.”

Incorporated into this year’s theme of “Rise, Lead, and Inspire,” three individuals were recognized for their outstanding leadership and advocacy:

According to event organizers Dr. Jennifer E. Beebe, assistant professor of counseling, and Dr. Dana L. Radatz, assistant professor of criminology and criminal justice, these individuals, through their actions, reflect the Vincentian values of Niagara University. NU makes sexual assault awareness and prevention a priority and these awardees demonstrate ways that the university “rises, leads and inspires” in this movement. 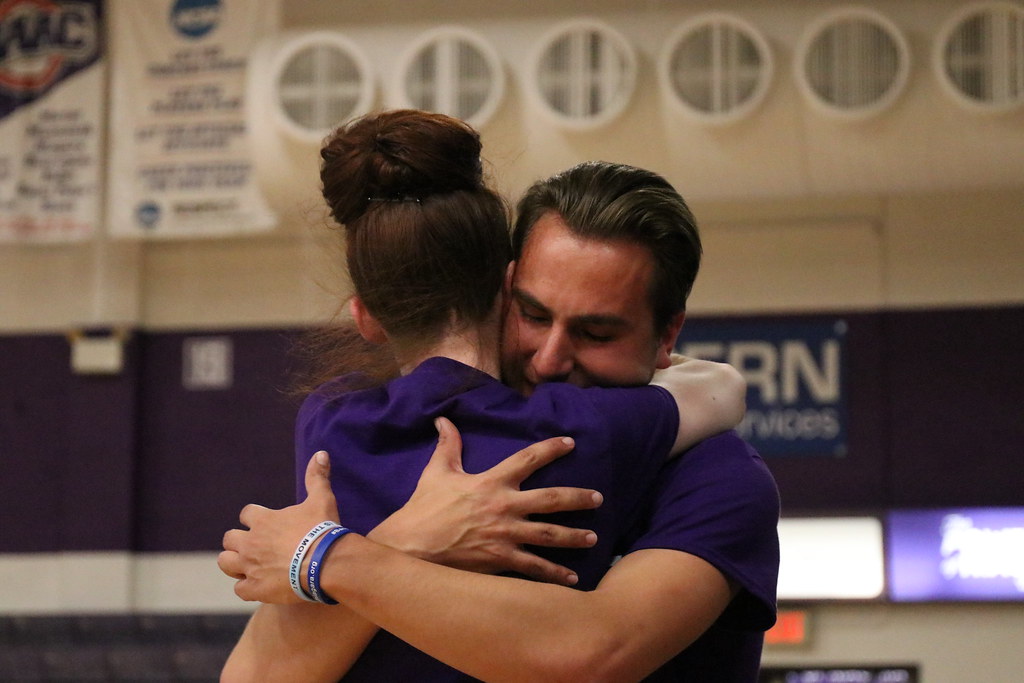 The event was co-hosted by the YWCA of the Niagara Frontier, a nonprofit organization focused on spreading awareness and support for survivors. The YWCA offers several resources for help, including a crisis hotline, safe and affordable housing, and counseling. Several other community agencies and organizations supported the event as well, including Family & Children’s Service of Niagara, the Child Advocacy Center of Niagara, Niagara County Sheriff’s Domestic Violence and Victim Assistance Unit, New York State Police, The Teal Project, It Happened to Alexa Foundation, Haven House, and Zonta International of Niagara.

Proceeds from ticket sales were donated to the YWCA. Mary Brennan-Taylor, vice president of programs for the nonprofit, noted that funds from last year’s “Take Back the Night” event at NU provided funding for 30 “survivor bags,” which assist individuals in the YWCA’s rape crisis program. This year’s proceeds will be spent on replenishing the “survivor bags” again this year, too.

Before Wednesday’s event concluded in the Alumni Chapel with a candlelight vigil and a prayer for hope, Neville reiterated, “I have a feeling that you, right here, all of you, you’re going to help us. So, thank you.”

To obtain support or resources regarding sexual or domestic violence, please call 716.433.6714.