Niagara University announced today that it is renaming its recently renovated and expanded Dining Commons to commemorate a generous gift from local restaurateur and philanthropist Russell J. Salvatore.

The Russell J. Salvatore Dining Commons at Niagara University underwent an $8 million renovation and expansion, which was completed in January. Preliminary construction on the facility began in April 2016.

Salvatore’s gift to Niagara University, the amount of which was not disclosed, adds to the formidable list of local organizations that he supports, including Kids Escaping Drugs, the Food Bank of Western New York, Roswell Park Cancer Institute, Erie County Medical Center, the Variety Club of Buffalo, and several school districts.

“We are extraordinarily grateful to Mr. Salvatore for his support of our students at Niagara University, and for his longstanding willingness to share his entrepreneurial spirit and incredible generosity with so many people and families throughout Western New York,” said the Rev. James J. Maher, C.M., president of Niagara University. “The Dining Commons was designed, first and foremost, as a comfortable place for people to come together to enjoy a meal and each other’s company. In other words, it captures the warm, familial feel of a facility designed by Mr. Salvatore.”

“I feel very honored to be part of Niagara University, which has one of the finest culinary teaching programs in the region,” said Salvatore, who received an honorary doctorate from Niagara last October.

“We’ve hired many people from Niagara University and the only one better at teaching them is me,” he joked.

Niagara University students were instrumental in determining the food offerings and design concepts for the facility.

Salvatore is well-known for establishing Salvatore’s Italian Gardens and its neighboring Garden Place Hotel, Buffalo-area landmarks that are now operated by his son, Joseph. In 2008, Salvatore embarked on a new adventure, an 18,000-square-foot steakhouse just down the road from his other establishments. Russell’s Steaks, Chops and More – and its attached, five-story Grand Hotel – has since drawn national attention for exemplary food quality and high level of service. 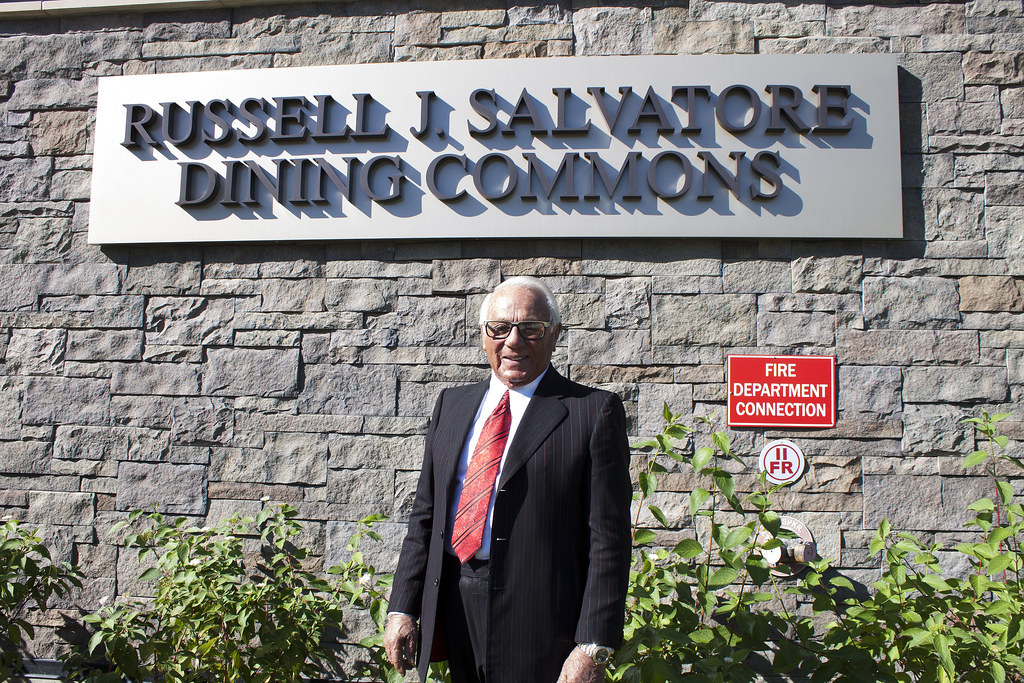