Four Niagara University students traveled to the Capitol in Albany Tuesday to speak with New York lawmakers about the importance of universal access to state-sponsored financial aid.

This is the 10th year the organization has hosted an Advocacy Day in Albany.

Bundy Aid, HEOP, TAP, the Science and Technology Entry programs (STEP/C-STEP), and the Liberty Partnerships Program (LPP) saw proposed funding cuts of a combined $50 million in this year’s Executive Budget. On Tuesday, students from across the state gathered in Albany to urge lawmakers to restore critical student aid funding.

Niagara University was awarded $308,351 in HEOP funds to use for financial aid purposes last year. Sixty-three students, including Johnson, benefited.

“Financial aid has made it possible for me to attend Niagara University,” the sophomore social work major told several elected officials. “If I was not in NUOP/HEOP, I’m not sure that I would be in college at all.”

Students from about 65 public and private, not-for-profit campuses attended Tuesday’s rally to show their support for student aid programs and urge lawmakers to restore student aid funding. A virtual Advocacy Day was held simultaneously on social media with students and supporters from across the state sharing stories about what student aid and opportunity programs have meant to them using the hashtag #StandUp4StudentAid.

Students across New York rely on student aid programs to enable them to achieve their college dreams. For example, Bundy Aid, a 50-year-old state aid program that provides funds for student aid and other student assistance based on degree conferrals (i.e., positive outcomes), benefits nearly 500,000 students across the state.

Niagara University’s 2017-2018 Bundy Aid totaled $299,595, which is roughly 18 undergraduate financial aid awards. To put it into context, an endowed gift of approximately $5.5 million would be required to generate sufficient annual income to support these awards.

McCormick is a TAP recipient who made her second appearance at Advocacy Day. She plans to serve in the Peace Corps for 27 months after graduating in May, before pursuing an advanced degree in law or higher education administration.

“Giving students the financial support they need in order to pursue a college degree is essential for seeing future generations succeed in all different careers,” she said.

The Rev. James J. Maher, C.M., has made access and affordability hallmarks of his Niagara presidency. The Catholic and Vincentian university distributed more than $45 million in institutional aid to students last year, with 99 percent of incoming students receiving some form of financial aid. 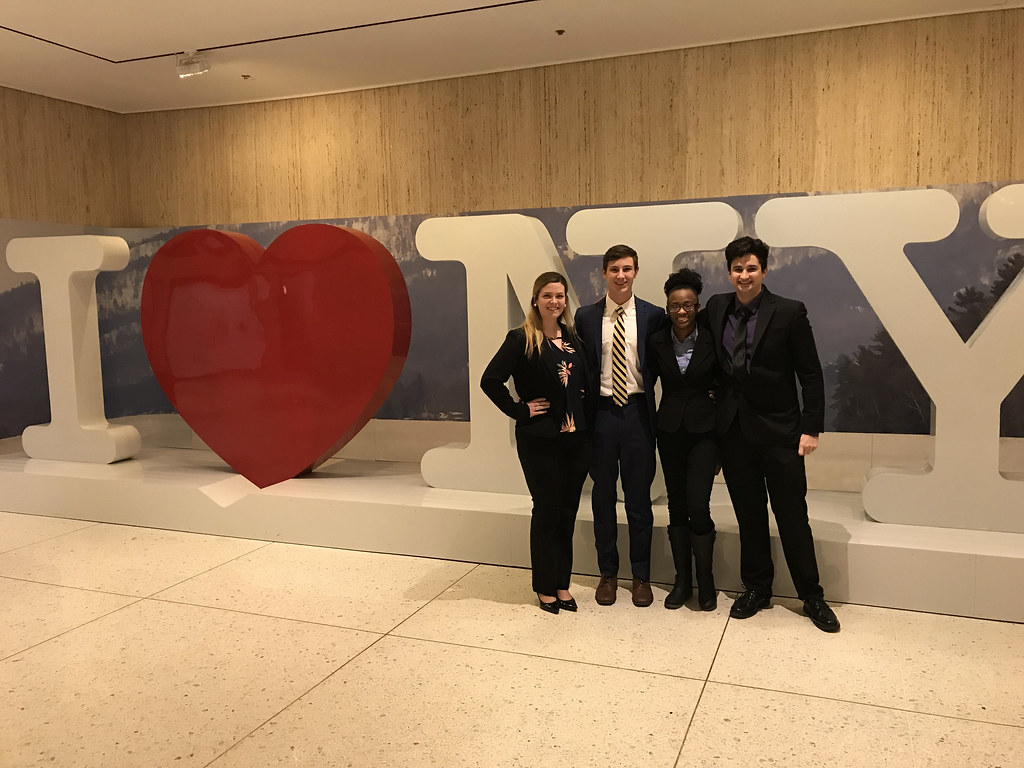 Data indicates that students who study at independent colleges like Niagara University complete their degrees on time at a higher rate, thus reducing tuition costs and getting them into the job market faster. For example, Niagara’s four-year graduation rate is 62 percent, 5 percent higher than the independent sector and 12 percent higher than SUNY schools.

Those statistics, as well as granting students and families the ability to choose which type of institution – public or private – best suits their academic, social and career needs, was the message the NU students tried to convey during their meetings with Assemblymen Angelo Morinello, Michael Norris and Robin Schimminger, Assemblywoman Crystal Peoples-Stokes, and Senators Patrick Gallivan, Chris Jacobs, Tim Kennedy, Robert Ortt and Joseph Robach.

“Niagara has given me so many opportunities already and I am only a second-semester freshman,” Donovan, an accounting major, said. “I already have an internship with a rapidly growing tech startup in Buffalo because of the connections that I have made at NU.”