Saudi history, culture, and traditions were on display at the Russell J. Salvatore Dining Commons on Oct. 2, 2019, as Niagara University’s Saudi Student Alliance celebrated the Kingdom’s 89th National Day. National Day commemorates the establishment of the Kingdom of Saudi Arabia on Sept. 23, 1932, by the country's founder, King Abdulaziz bin Saud. 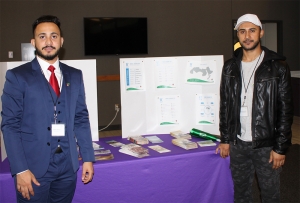 The Alliance president, Jaber Okayri, a junior studying criminal justice, organized the event with members of the club. Those in attendance enjoyed Arabic food and displays of traditional clothing, jewelry, and household items.

“Organizing such an event on campus is crucial—(it) allows us to represent and exchange our culture to the rest of the world through NU,” Okayri said. “I looked forward to the event leading to greater engagement between the American students and those with international ties. I also looked forward to it presenting the Kingdom of Saudi Arabia in a positive light through peace and intercultural exchange, as well as highlighting the country’s economic and technological advancements. I (hope) to organize more events in the future to bring people together to have fun and learn more about each other.” 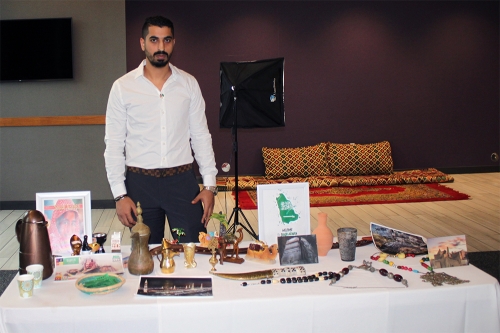