Emily Mager grew up in a small town in the southern tier. When she was about 12 years old, her parents separated. One of them recently lost their full-time job, making the burden of putting Mager and her brother, Kyle, through college more difficult.

So when Mager told her dad that Niagara University, which had the highest listed tuition price among the three she was considering, was her top choice, he was understandably hesitant. To hear Mager tell the story – as about 90 did during Sunday’s annual Scholarship Mass and Luncheon – divine intervention helped make her dream of attending NU a reality.

“The good Lord blessed me, as He often does and, lo and behold, when we received my financial aid package from Niagara University, the long list of scholarships covered most of my expenses,” an emotional Mager told an assemblage in the Russell J. Salvatore Dining Commons.

Truth be told, 99 percent of incoming NU students receive some form of financial aid, thanks largely to the support of private donors. Niagara distributed more than $45 million in scholarships and aid during the 2017-2018 academic year to students like Mager. Sunday’s event recognized those donors and families whose contributions named both current-use and endowed scholarship funds at NU.

Mager is a recipient of the John T. Crotty, ’66, M.S.’72 Scholarship, among others, which is awarded to an incoming freshman in the College of Education with a demonstrated financial need. In addition to her coursework, Mager participates in several clubs at Niagara, including Campus Ministry, the St. Vincent de Paul Society, Dance Crew, CPB Late Nite, and the NU Future Teachers’ Association.

“Upon receiving the Crotty Scholarship, it became my intention to utilize every penny to the best of my ability: by maintaining a respectable GPA, by becoming involved, by establishing leadership qualities and Vincentian values, by growing in my faith and serving others in the footsteps of St. Vincent de Paul, and by simply being the best student, colleague, and friend that I can be,” she said. “It is imperative to me, and for all of my fellow students here today, that we demonstrate our gratitude for our scholarships to the fullest extent – and to not do so is simply unjust.” 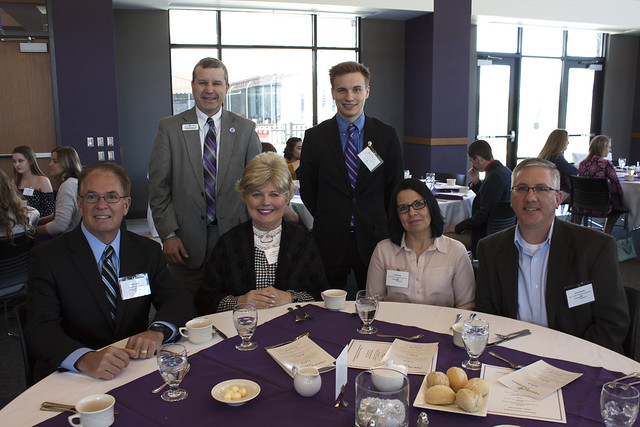 A full listing of scholarships at Niagara University can be found online at http://apps.niagara.edu/endowment-scholarships.

For information on establishing or contributing to a scholarship fund, please contact Claire Crean at 716.286.8789 or ccrean@niagara.edu, or go to www.niagara.edu/make-a-gift.