The Rev. James J. Maher, C.M., university president, inducted 20 students into Sigma Alpha Sigma, a selective society established by the Niagara Class of 1933 to recognize and reward the academic and extracurricular achievements of outstanding students. The purpose of the organization also includes creating an incentive for undergraduate students and fostering an example of high standards.

The event’s keynote address was provided by Dr. Michael Barnwell, a Yale-trained philosophy professor at Niagara who received the university’s Excellence in Teaching Award in 2013. 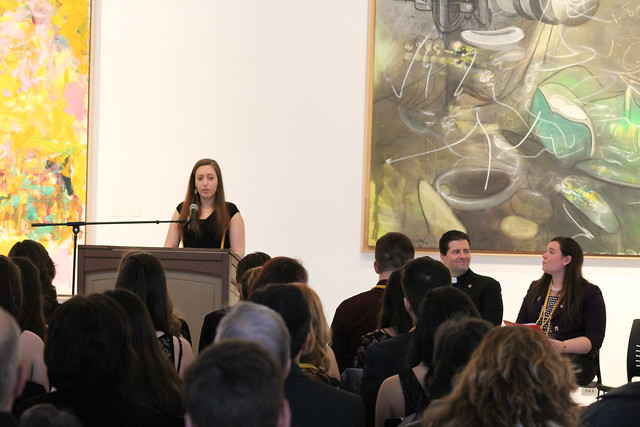 Also recognized during the event were the students chosen for Who’s Who Among Students in American Colleges and Universities, an honor conferred by more than 1,000 universities and colleges nationwide. Students chosen for the award are the young adults who enhance the positive image of American youth through their contributions to community and school. Nominations must be endorsed by Niagara’s faculty or administration.

Congratulations to the following students: