Dr. R. Glenn Hubbard, dean emeritus and Russell L. Carson Professor of Finance and Economics at Columbia University, and Dr. Jeffrey Sachs, university professor and director of the Center for Sustainable Development at Columbia University, are among the featured speakers at Niagara University’s 2022 commencement ceremonies on May 12 and 14 at the outdoor amphitheater at Artpark in Lewiston, N.Y. In addition, Niagara welcomes a former dean of its College of Business back to address the newest graduates of the college. On May 19, City of Vaughan Mayor Maurizio Bevilacqua will provide the commencement address for NU’s Ontario graduates, who will celebrate at a ceremony at the Meridian Arts Centre.

On Thursday, May 12, Dr. R. Glenn Hubbard will provide remarks at the graduate commencement ceremonies and receive an honorary Doctor of Humane Letters degree.

An economist by profession, Dr. Hubbard, a distinguished scholar, administrator, teacher, and public servant, has upheld a commitment to those at the margins of the global economy. His career has spanned both government and academia, and he has been a top-level consultant to many of America's leading financial institutions. He is the author of several books and innumerable articles on both domestic and international economics and politics and has been a frequent guest and contributor to shows such as “Marketplace” and “Nightly Business Report” and popular magazines such as “Business Week.”

Dr. Hubbard has been recognized with numerous awards for scholarship and service, including recognitions from the White House and the United States Treasury Department. In 2012, Bloomberg Markets named him one of the “50 Most Influential Members of the Global Financial Community.”

Corieri has spent over three decades as an educator and head administrator of the Tuscarora School. Under her leadership, the school has created a dynamic after-school study club; an evening skills class for middle and high school students and members of the community; and a summer program for children. Corieri has also overseen the hire of a dedicated home-school liaison and the creation of the Tuscarora School Newsroom, where students gain hands-on experience in news media and communication. She also spearheaded crucial technology initiatives and launched an early morning yoga class at the school, where she leads elementary and middle school students in best practices of mindful breathing, stretching, and mental grounding.

In recognition of her dedication to her students, she was named “Educational Leader of the Year” by the Niagara University College of Education, where she earned her master’s degree in education administration and supervision. 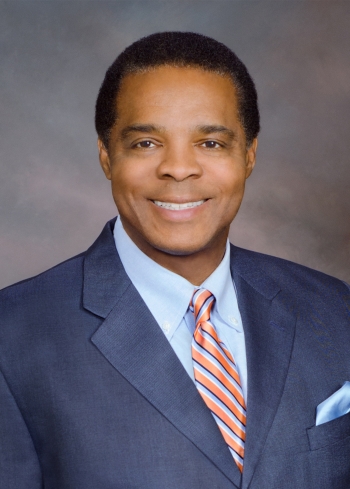 On Saturday, May 14, Dr. Keith Miller will address graduates of Niagara University’s programs in the colleges of Business Administration, Education, and Nursing during the morning commencement ceremony. A productive scholar, a respected teacher, and a highly regarded academic administrator, Dr. Miller has held leadership positions at six different universities across the United States, including Niagara University, where he served as dean of the College of Business from 1994 to 2001.

Prior to his role at Niagara, Dr. Miller was an assistant business professor and director of the MBA program at Fairleigh Dickinson University in New Jersey, and associate dean of the School of Business at Quinnipiac College in Connecticut.

As dean at Niagara, Dr. Miller elevated the NU College of Business to national recognition; developed niche programs in transportation, logistics, and human resource management; increased student internships and enrollment in the college; secured numerous student scholarships and corporate grants; and led the college through a successful $20 million capital campaign.

In 2001, Dr. Miller accepted the position of provost and vice-chancellor of the University of Wisconsin-Oshkosh and, three years later, was appointed president of Lock Haven University of Pennsylvania, where he quickly earned a reputation as one of the most forward-thinking and creative university presidents in the Pennsylvania system. In 2010, he was named president emeritus and also became president of the historically black land-grant institution Virginia State University, where he championed international education, study abroad, and global alliances. Although he retired as president in 2014, Dr. Miller continues as a professor of educational leadership in VSU’s graduate program.

Also that morning, Gerald and Karen Iglesia will be honored for their profound impact on the youth in their community with the St. Vincent de Paul Medal and the St. Louise de Marillac Award, respectively.

Gerard, a retired physical education teacher and coach from the Rochester City School District, is one of the pioneers of that city’s AAU basketball program. His team, the PrimeTime Ballers, became the first team from Rochester to win a national championship, and he has coached players who have gone on to play in the NBA and in Division I basketball.

Karen used her background in chemical engineering to launch a successful pre-engineering program at the Baden Street Settlement in Rochester, where 25 students of color were introduced to various occupations in the STEM fields. She then founded the Iglesia Education Services, a tutoring company that went on to serve tens of thousands of students in Rochester, Syracuse, and Utica.

In 2005, the Iglesias founded a free basketball camp that has served more than 1,500 players since its inception and focuses on both the players’ physical training and their mental health. They also use sports to bring together young adults and law enforcement to create a shared vision of opportunities to fight racism and poverty. Today, the Iglesia’s enterprise, under the name of PrimeTime 585, has nearly 17,000 followers across multiple social media platforms.

That afternoon, graduates from Niagara’s colleges of Arts and Sciences, and Hospitality, Sport, and Tourism Management will hear from Dr. Jeffrey Sachs, a world-renowned professor of economics, leader in sustainable development, senior UN advisor, bestselling author, and syndicated columnist. He will also receive an honorary Doctor of Humane Letters degree at the ceremony.

Dr. Sachs, who also serves as president of the United Nations Sustainable Development Solutions Network, has long argued that sustainable development is humanity’s most pressing problem; that addressing the needs of the “poorest of the poor” should be the most urgent task of the international community; and that development of new technologies offers the best hope for simultaneously increasing economic growth and reducing its impact on the planet.

A prolific scholar, he has addressed the social, economic, and environmental inequities resulting from an increasingly integrated global economy. He has written three New York Times best-selling books and has made countless presentations at international conferences on these issue. He also served as the principal advisor on economic and social development to three consecutive Secretaries General of the United Nations.

Dr. Sachs has received 38 honorary doctorates, is the recipient of numerous prizes and awards for global leadership, and was twice named to the “Time Magazine” list of 100 most influential world leaders.

During the afternoon ceremony, Niagara University alumnus Mathon Noi will receive the Medal of St. Jean-Gabriel Perboyre, C.M. A member of NU’s Class of 2008, Noi is co-founder of Building Minds in South Sudan, a nonprofit organization dedicated to improving literacy, equality, and economic opportunity through community-based educational programs and facilities.

In 2001, Noi came to the United States, along with 3,800 other child victims of civil war in Sudan who came to be known as “the Lost Boys.” He has since returned to his country, not as a “lost boy,” but as an entrepreneur, leader, and builder of communities.

Together with his cousin, Sebastian Maroundit, he founded his not-for-profit organization as a means to raise funds to build schools in the Republic of South Sudan. As of this year, they have built two primary schools and two secondary schools in their home village, and plans are in place to construct additional schools in the surrounding region. The organization also provides targeted micro-financing to encourage female entrepreneurs and to afford economic independence to Sudanese women.

On May 19, the Honourable Maurizio Bevilacqua will provide remarks for Niagara University in Ontario graduates, the third class to graduate from its Vaughan location. He will also receive the university’s Founders Award.

Mayor Bevilacqua, who emigrated to Canada from his native Italy at age 10, has dedicated himself to national, regional, and municipal leadership. Before becoming mayor, he was a member of Parliament for 22 years, serving in several roles.

In addition to his role as mayor, Bevilacqua serves as chair of the finance and administration committee for the Regional Municipality of York, chair of the Regional Municipality of York Police Services board, and vice chair of York Region Rapid Transit Corp. He is also a member of the Global City Leaders advisory board for the World Council on City Data, the advisory council for the post-graduate certificate in business administration at York University's School of Continuing Studies, and the board of The Abraham Global Peace Initiative, among numerous other organizations.

Mayor Bevilacqua is a recipient of the Queen Elizabeth II Golden Jubilee Medal and the Queen Elizabeth II Diamond Jubilee Medal. Among his many recognitions, he also received the Premio Italiani nel Mondo award, which is presented by the Italian government to individuals of Italian heritage who have served as a role model within the international community. In recognition of his work toward advancing Canada/US relations, Mayor Bevilacqua was presented with the Key to the City of Dallas. He was also presented with a medal from the Royal Canadian Legion to commemorate Canada’s 150th anniversary.